Today I had the absolute honour of delivering this gorgeous Chocolate and Vanilla Ombre Pallet Layer Cake to one of the loveliest ladies I’ve ever met for her birthday party this evening. Before we get to the cake, I simply must to tell you about the absolutely stunning mirrored cake stand I had the honour working with - it’s been in Tyler’s family for over 50 years and was even used by her Grandfather for his 21st and is now being used for hers, how gorgeous and lovely is that! I was so excited to make this ombre pallet cake for her, it’s such a gorgeous technique and looks amazing with the dusty pink peachy icing - which of course looks so lovely atop her family’s beautiful heirloom cake stand! Happy Birthday Tyler, I hope you’ve had a fantastic birthday! 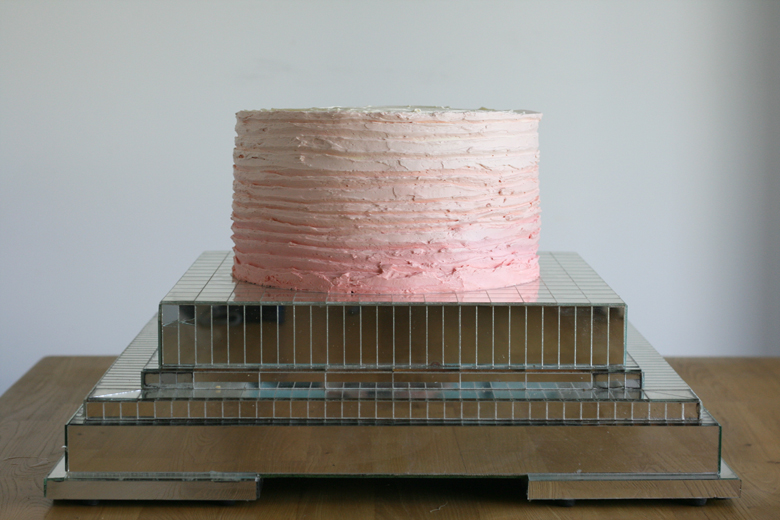 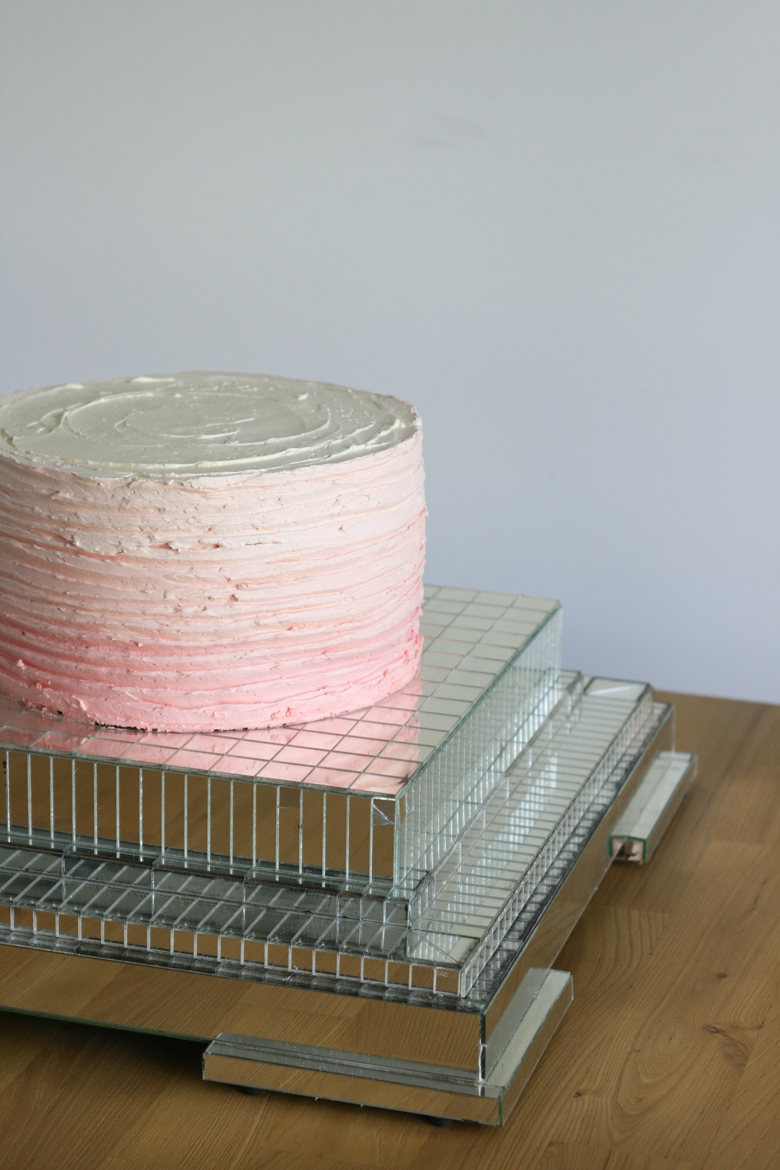 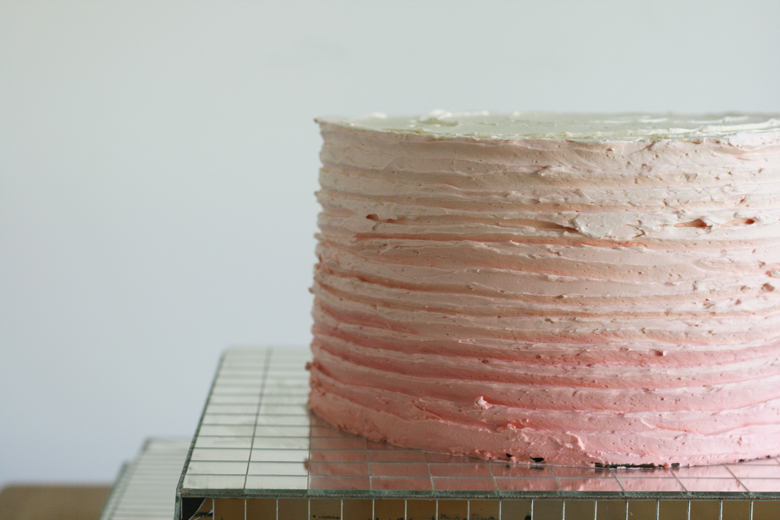 For this ombre cake, I doubled the cake and swiss meringue butter cream recipe to make a 11” three layer cake - you can of course make just one batch for a smaller cake. The choice is yours.

Preheat oven to 180C, butter and flour your preferred cake tin – I used a 11” pan for this cake.

In a small saucepan add the butter, cocoa, chocolate and vanilla and melt until combined over a medium to low heat, stirring until butter and chocolate has melted and you have a smooth consistency. Set aside for 5 to 10 minutes to cool slightly.

Add flour, baking soda and sugar to a large mixing bowl and whisk together until combined. Pour in the chocolate mixture, and mix on a low speed, it can crumble a little it’s ok though, it wont fully combine until you add the eggs and sour cream. Add in the eggs and sour cream and mix until well combined, the batter will be thick and glossy.

Divide evening between the cake pans that you wish to use and bake for around 30 -35minutes or until a skewer inserted comes out just clean. Allow to cool slightly in the tins before transferring to a wire rack to cool completely before levelling and icing.

In a large mixing bowl combine the butter and vanilla until light and fluffy. Place the chocolate, cocoa powder and cream into either a glass or metal bowl that will fit tightly over a saucepan of simmering water (make sure the water doesn’t touch the bottom of the bowl) melt the chocolate mix until smooth then pour into the butter mixture. Add the vanilla and continue to beat the buttercream until smooth and combined.

Wipe the bowl and beater of an electric mixer with paper towel and vinegar, to remove any trace of grease. Add thee egg whites and sugar, place the bowl over a pot of simmer water (not boiling). Whisking constantly, until temperature reaches 140 degrees F, if you don’t have a candy thermometer, until the sugar has completely dissolved and the egg whites are hot to touch.

With a whisk attachment on a electric mixer mixer, begin to whip on a medium speed until the mixture is thick, glossy, and the bowl is cool to touch. Switch over to paddle attachment and, while mixing on continuous medium speed, gradually add softened butter until combined, mix until it is silky smooth – this icing can curdle, if it does, keep mixing and it will come back to smooth. Add the vanilla paste and essence and mix well.

Divide the Swiss Meringue Buttercream evenly between four bowls, gradually add peach and pink food colouring to each bowl until you have three colours ranging from light to dark – leaving the last bowl white.

Once all of your cakes have cooled completely, you will need to carefully level them using a bread knife so that the tops are all flat. Once all of your cakes are levelled, spread a small amount of chocolate icing onto the cut side of the first cake and then stick to either the cake board or cake stand. Add 1 cup of chocolate ganache icing to the top of your cake, using a pallet knife spread on top of the cake until you have a nice smooth finish, you will need to crumb coat the side of the cake – you only want a thin veil of icing on the side of the cake, this is so the swiss meringue buttercream has something to stick to. Place the first layer into the fridge for 10min to cool before repeating the above steps with the following cakes. Once the cake has been assembled, allow to chill in the fridge for around 30min - it will make applying the swiss meringue buttercream easier.

Using a straight edge pallet knife add a thin layer of white icing to the sides of the cake before adding the remaining icing to the top the top of the cake and smooth from the middle until the level - you can go back later and smooth it out how you wish.

Starting with the darkest colour of swiss meringue buttercream - add a thick layer of icing to the bottom third of the cake. Add the second darkest shade above the first - you will want this layer to over lap the last. Repeat with the final colour. Using a clean straight edge pallet knife, gently run the knife around the sides of the cake so that you smooth out the icing - the colours will blend, which is perfect. Once the sides are smooth, you can either leave it like that or if you wish to have the above effect simply, and gently, run a small offset pallet knife at an angle around the whole cake - starting at the bottom of the cake turn the cake as you hold the knife into the icing and work your way up the cake. If you find that the icing is starting to clump around the ‘layers’ simply wipe the knife and pick up where you left off. Once the sides have been decorated smooth the top of the cake - cover with either candles or fresh flowers and enjoy with either a delicious cup of tea or a glass of champagne! x 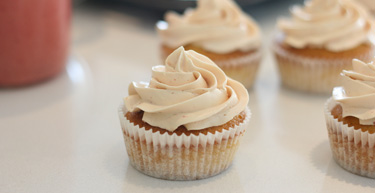 Simple, elegant and a perfect flavour combination for a cupcake 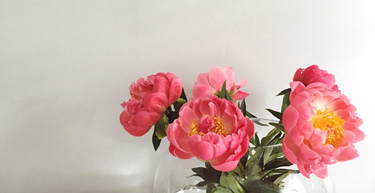 The magic of a short, but beautiful season 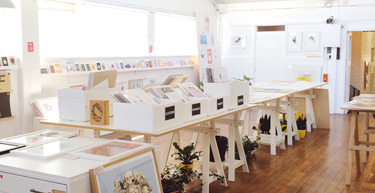 Easily one of New Zealand's top online, and physical shops for finding a perfect piece of art for your home.