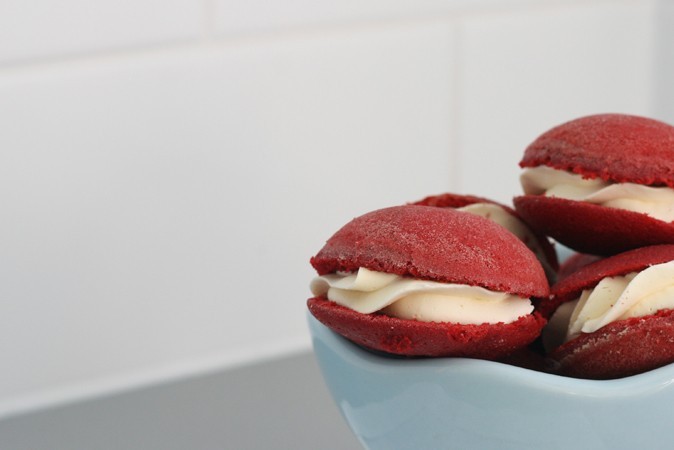 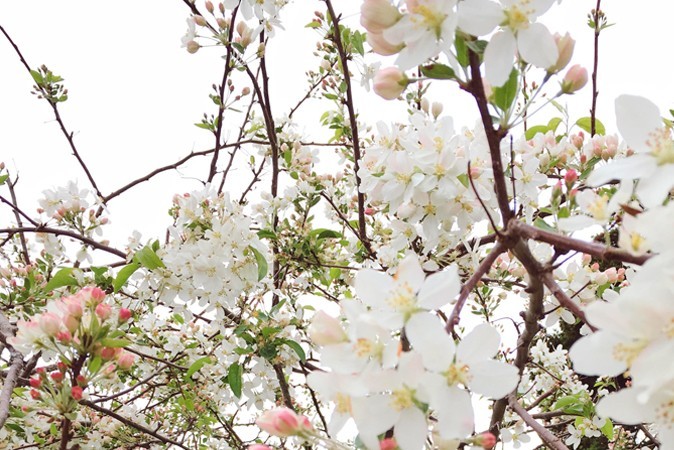 With Valentines Day only a few days away, could there be anything more wonderful than giving (or receiving) a delicious batch of homemade Red Velvet Kisses! These oh so lovely kisses would look stunning wrapped up in a mason jar or box tied up with twine or even simply stacked in cute little ice cream bowl! 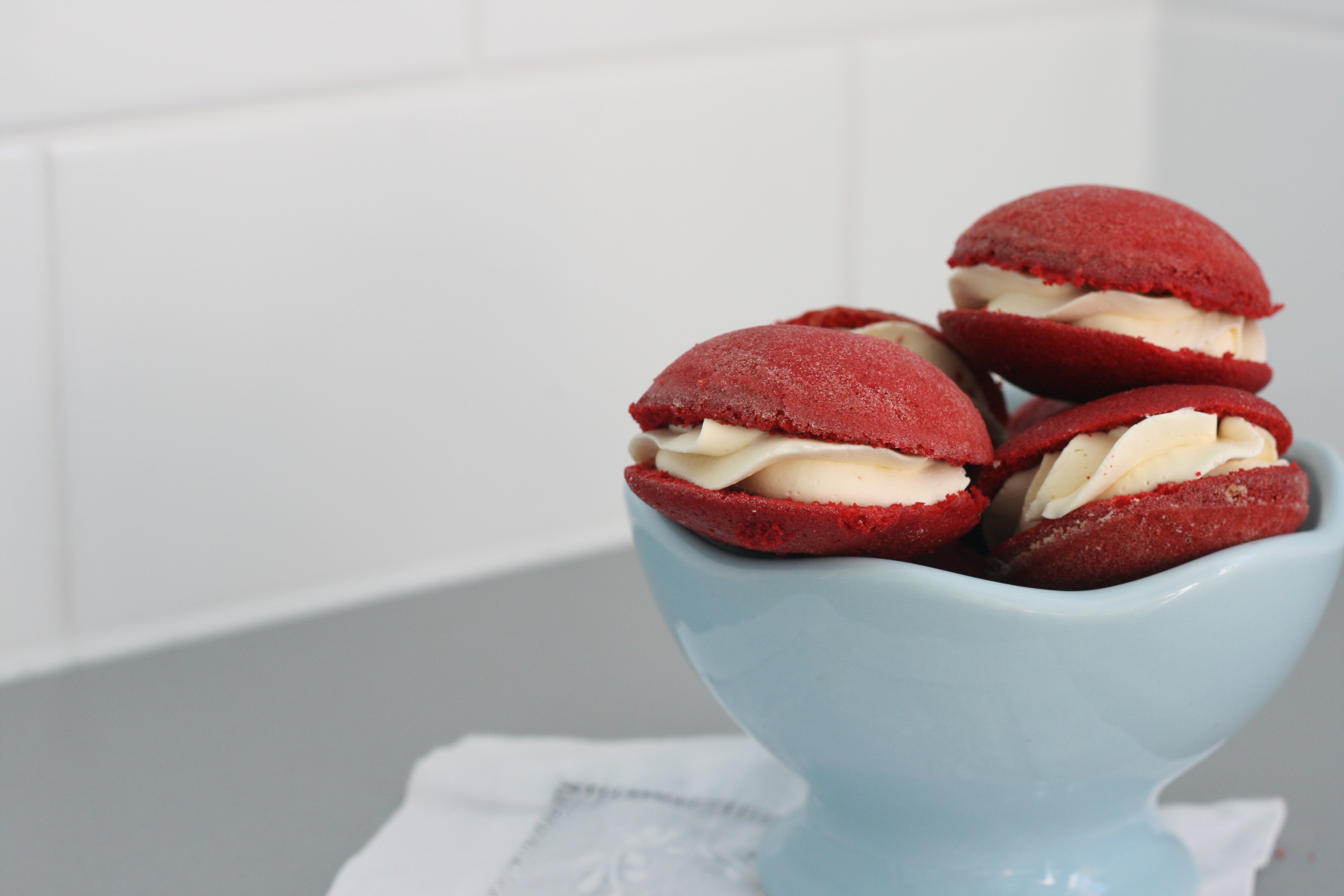 makes around 36 kisses, depending on the size of your cake pan.

Preheat oven to 180°C. Butter and flour 12 shallow rounded cupcake trays – or whoopee pie trays. Cream butter, sugar and eggs together until nice and fluffy. In a small bowl make a paste of food colouring (yes you’ll need the whole bottle) and cocoa, mix until smooth and add then to the butter mixture.

Add the buttermilk and alternate with flour to the butter mixture until combined, next add the salt and vanilla. Mix the baking soda and vinegar in a separate bowl, it will foam up, once settled add to the mixture and beat for another 2-3 minutes or until combined and smooth.
Spoon batter into the prepared cake tins, only fill half way, and bake for around 15-20 minutes, or until a skewer comes out clean when interred into the center of the mini cakes. Allow to cool in tin for around 5 minutes, before turning out onto a wire rack. Allow to cool completely before icing

Before you start you need to wipe the bowl and beater of an electric mixer with paper towel and vinegar, to remove any traces of grease. Add egg whites and sugar and whisk to combine, place over a pot of simmer water (not boiling). Whisking constantly, until the temperature reaches 140 degrees F – if you don’t have a candy thermometer, until the sugar has completely dissolved and the mixture is very runny and the bowl and egg whites are too hot to touch.

With a whisk attachment on a electric mixer, begin to whip on a medium speed until the mixture is thick, glossy and sift peaks have formed and the bowl is cool to touch. Switch over to paddle attachment and, while mixing on continuous medium speed, gradually add the softened butter until combined, mix until it is silky smooth – if it starts to curdle, keep mixing and it will come back to smooth. Add the vanilla and cream cheese and continue to mix well until combined - you can’t over beat this icing, it will just get silkier and whiter the longer it’s mixed.

Once cool, using a bread knife very gently slice each cake in half down the middle. Using a 1m tip, pipe your cream cheese buttercream onto one of the cut sides and gently sandwich with the other cut side – repeat until all done and enjoy with a warm cup of tea or champagne! x 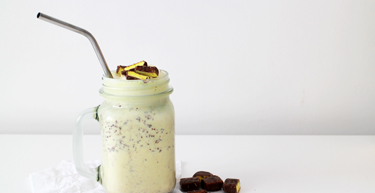 A simple and delicious take on a kiwi classic. This Pineapple Lump Milkshake is a perfect treat to enjoy on a warm summers day. 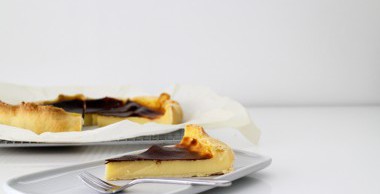 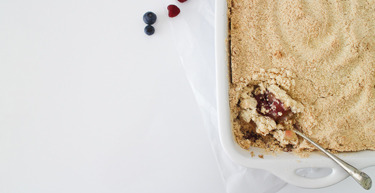 An all time family favourite, this Classic Apple Crumble is a perfect dessert to make for any family dinner 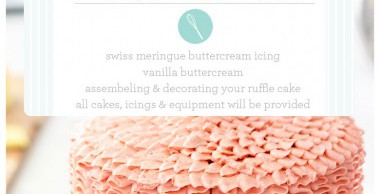