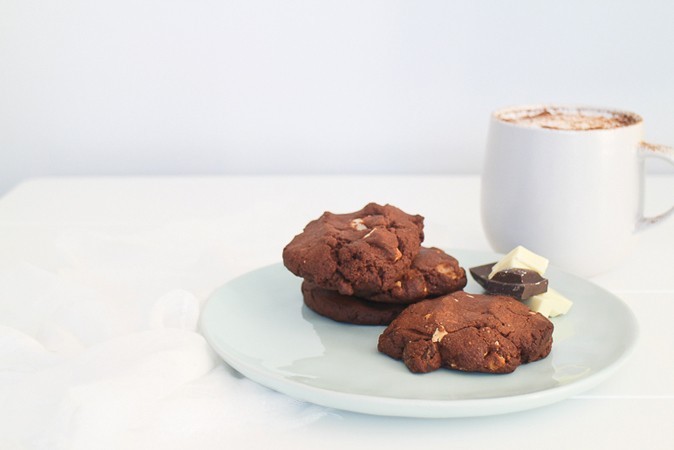 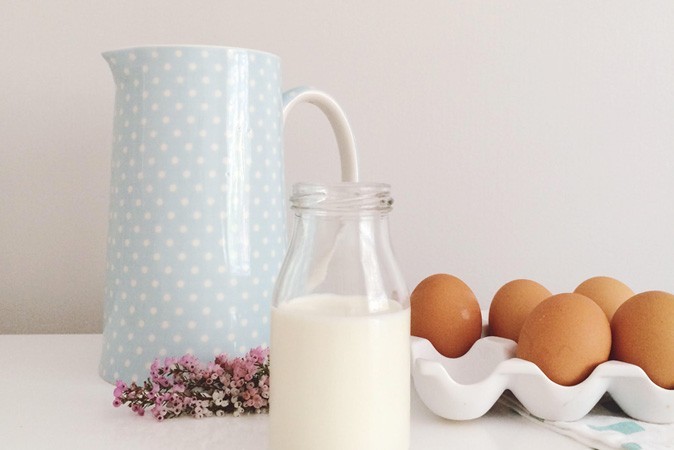 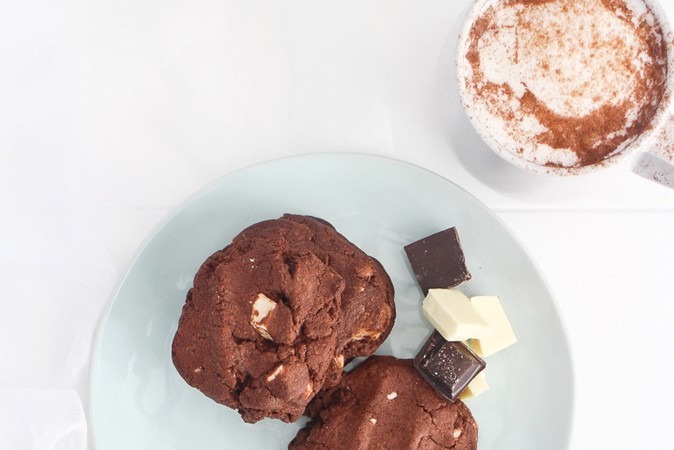 One of my all time favourite treats to bake would have to be the humble, yet classic cookie. They take no time to make, you can make the cookie as large as you like and of course add as much white and dark chocolate in as you wish. And of course pair with a delicious white chocolate and cinnamon infused hot chocolate made with organic anchor milk and you have yourself a truly perfect winter treat to enjoy and share with friends and family. I hope you’re all having a wonderful week so far and are surviving the cold. x 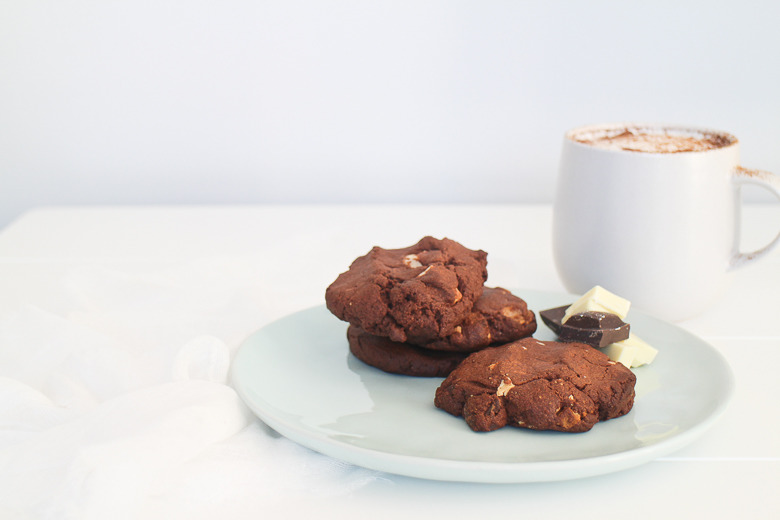 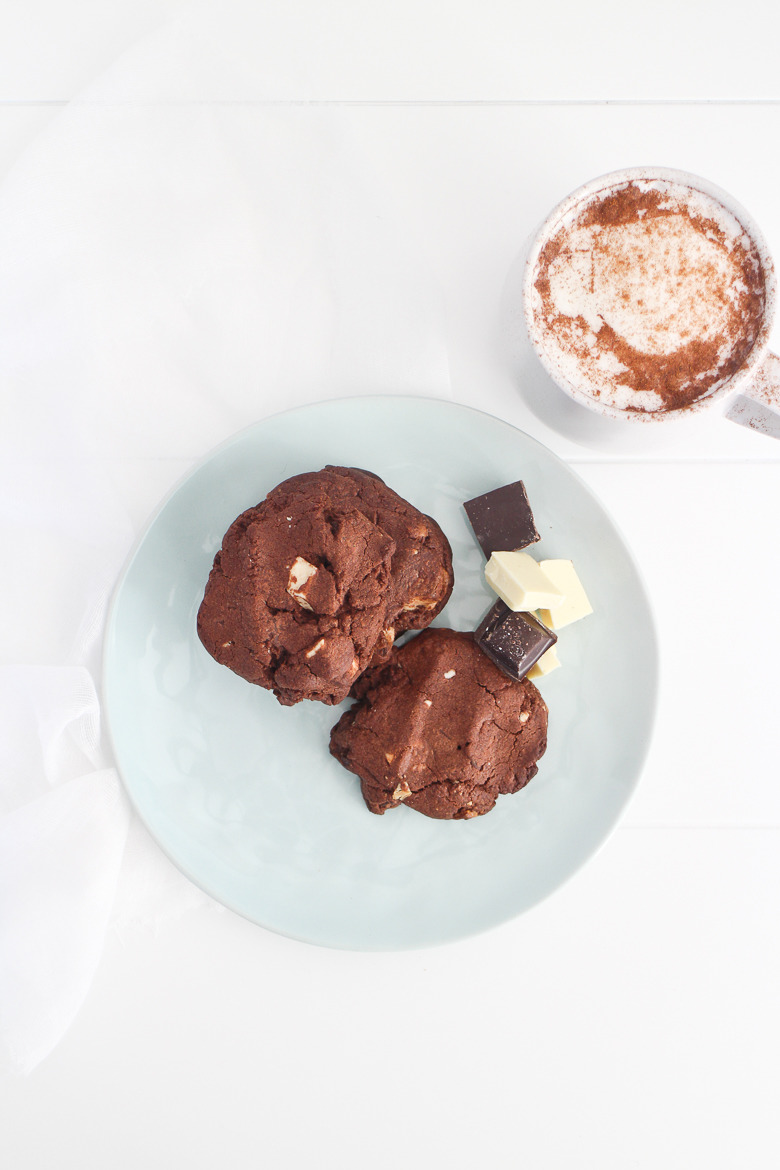 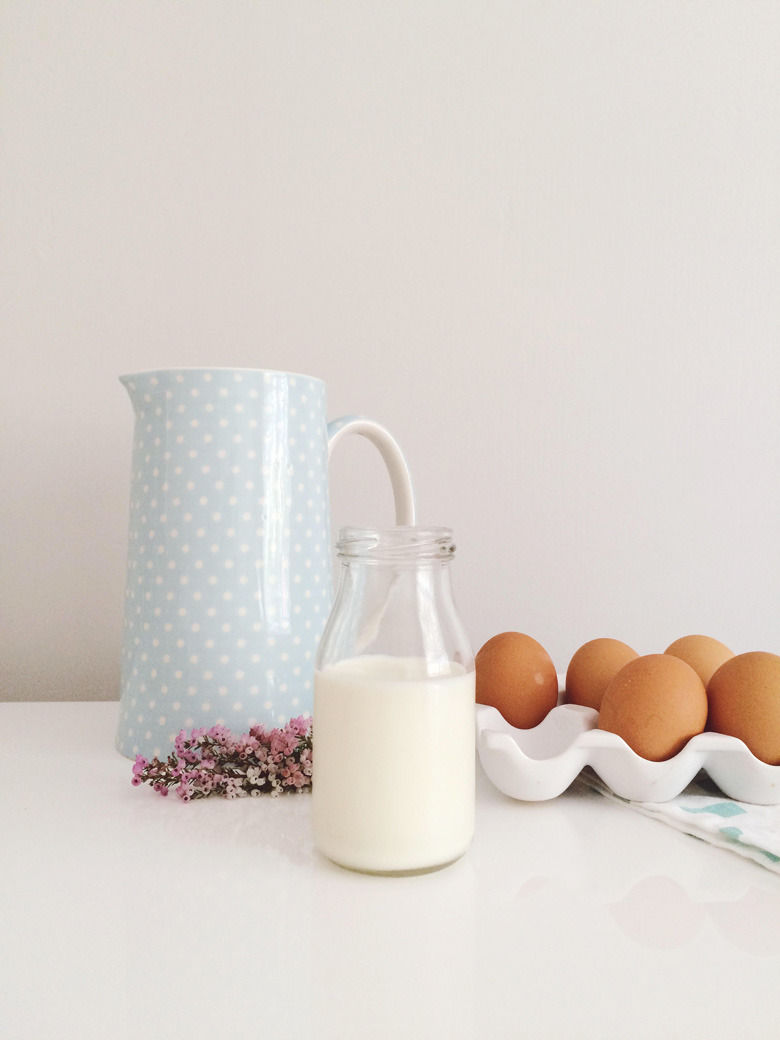 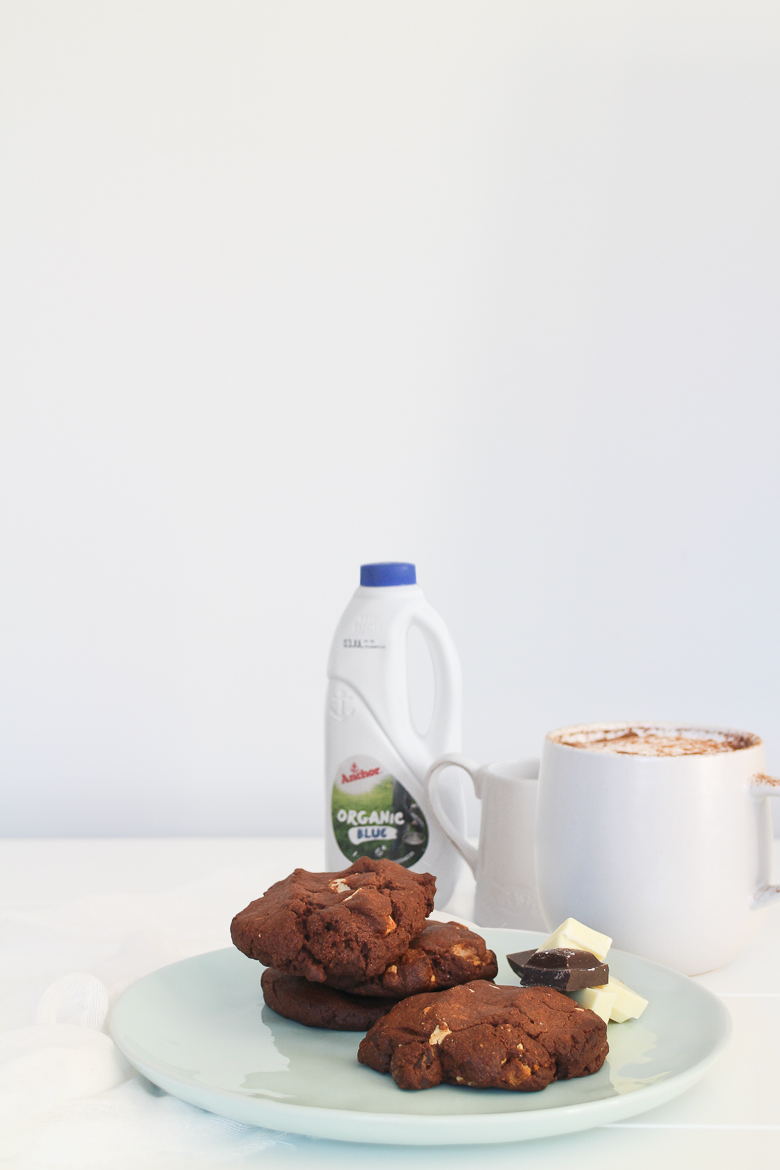 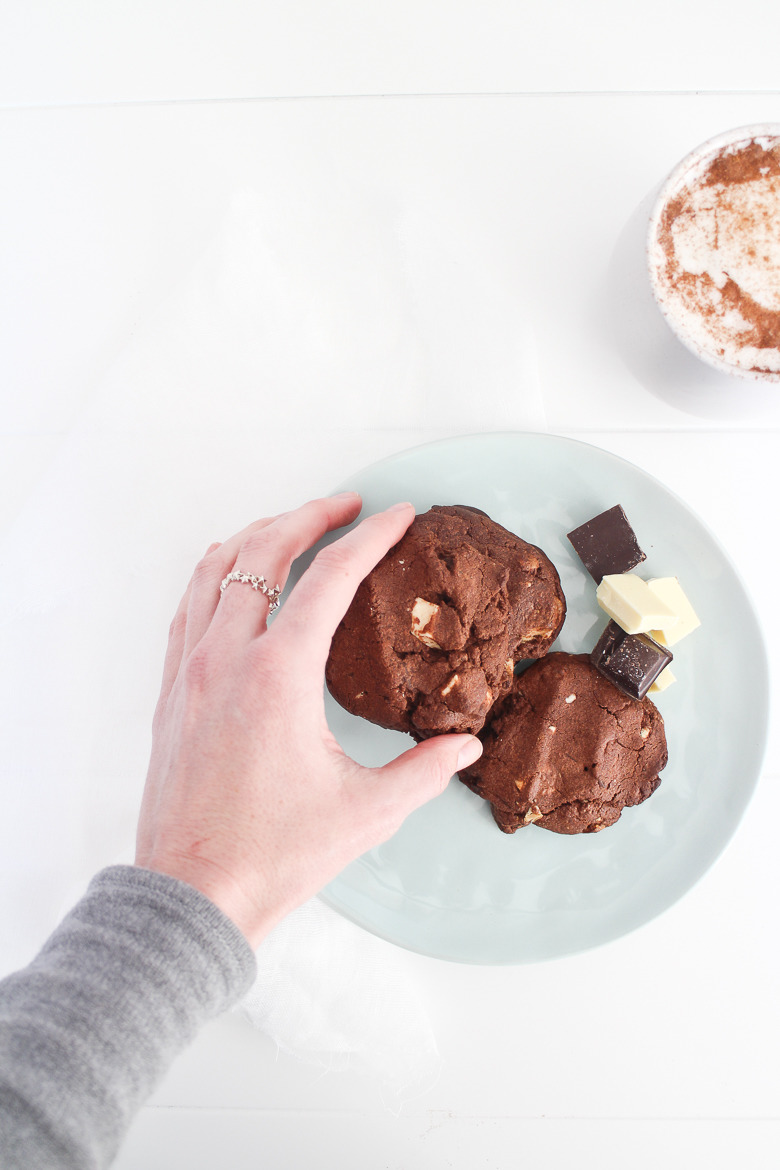 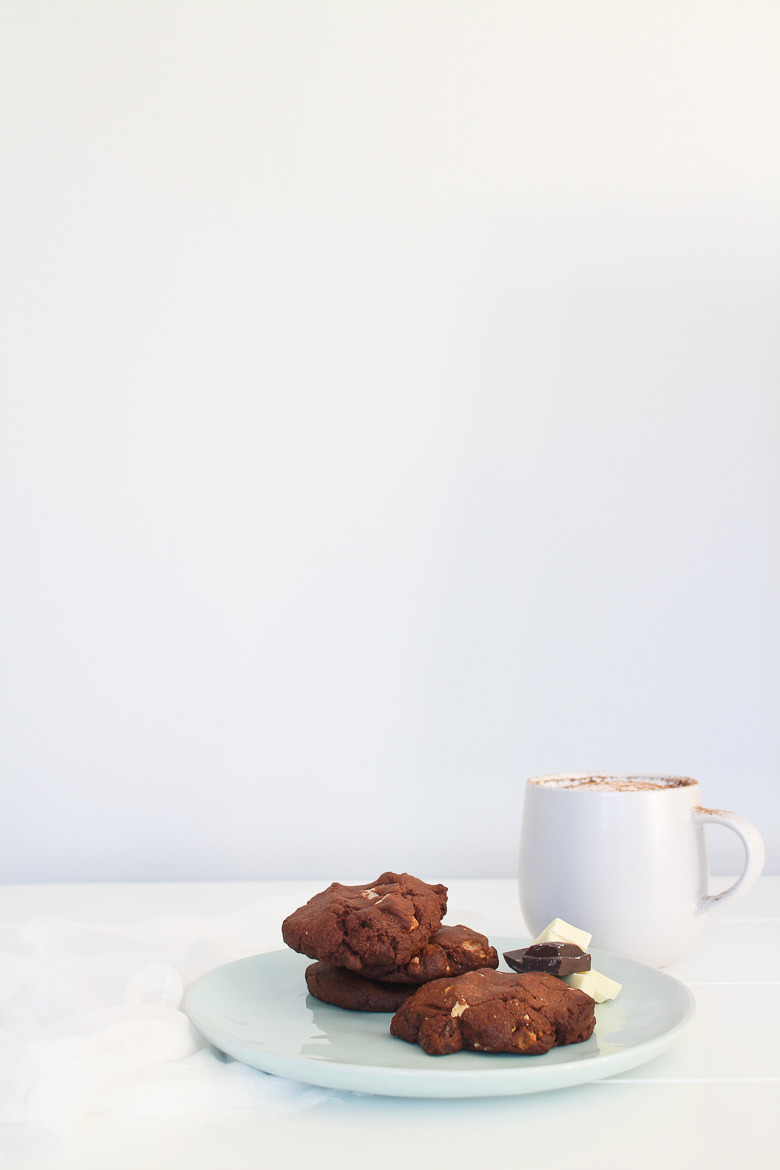 Preheat oven to 180C and line two baking/cookie trays with baking paper. In a large bowl add the butter and both sugars and beat until light and fluffy. Add in the eggs one at a time, then the vanilla and mix until well combined. In another bowl add the flour, baking powder, cocoa powder and ground cinnamon, mix to combine before gradually adding to the butter mixture. Mix until a soft dough forms before adding in the chocolate and mix until combined.

Shape a golf ball size, or larger if you wish, of cookie dough onto the baking trays and flatten slightly. Bake for 15-20min or until dark brown on the bottom. Continue with the rest of the mixture and cook on wire racks. Serve while still warm and chewy with a cup of white hot chocolate.

In a medium sauce pan, add the milk, ground cinnamon and white chocolate. Gently bring to a light boil and continue to serve until the chocolate has melted, serve into your favourite mug and enjoy a delicious organic white hot chocolate this winter. x

Salmon and Prosciutto Bagels with Coffee 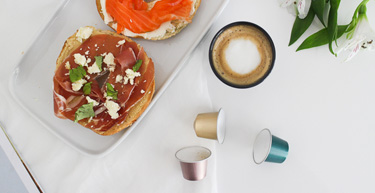 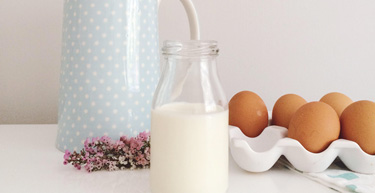 A daily essential for most New Zealanders, from coffee, cereals, baking or enjoyed plain that is now proudly organic.

A perfect mix of blonde wood, pastel and marble. This home in Double Bay Sydney shows that soft hues can be a sophisticated and elegant palette for your home. 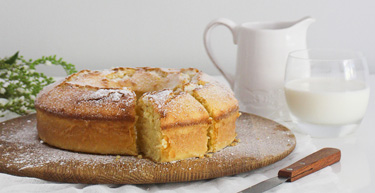 One of my favourite flavour combinations and a perfect cake to make on a relaxing winters day.